The foundation is administrated by a board of family and friends of Stig P. Orum who meet approximately 2-3 times per year to guide the foundation, in addition to reviewing applications and awarding grants.

Stig's older sister who remembers his vibrant, fun-loving, energetic spirit and works to lead the group to do good works in Stig's memory.

Christa's husband who knew Stig, traveled and enjoyed life with him between 1985 and 1990.

Stig's father, who co-founded the Stig P. Orum Memorial Foundation and guides the financial direction for the foundation.

Stig's life-long friend. They grew up together and Sally's parents were Stig's God-Parents. They shared their Danish heritage and Sally is now a Special Ed Teacher.

Family friend and employee at the Midwest Groundcovers nursery for over 25 years; he knew Stig as a young boy and watched him grow into a kind young man.

Family friend for over 30 years of Stig's sister, Christa; she grew up alongside Stig. Today, she works in the Disability Services arena. 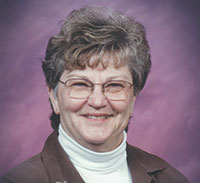 The daughter of Danish immigrants Carl and Katrine Hertzmann, Irma was born on March 4, 1931 in Chicago. After graduating from Kelvyn Park High School, she studied at Wilbur Wright College and began her business administrative career at the Chicago corporate offices of The American Cancer Society and Icelandic Airlines. On February 4, 1967, she married Peter Orum at St. James Episcopal Church in Dundee, Illinois. As a team, they founded and built the Midwest Companies in the horticulture industry, including Midwest Groundcovers LLC and Midwest Trading Inc.

Irma was a lover of nature, the arts and the outdoors; she was an experienced world traveler and took pride in her Danish heritage. She was greatly loved by her husband, daughter, son-in-law and two grandchildren. 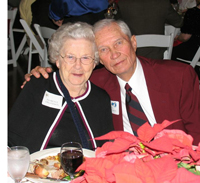 Family friend and advisor of over 40 years. Bob was a Certified Public Accountant and came to know Peter when Bob was his instructor in one of Peter’s first accounting classes at Elgin Community College. Bob was a World War II veteran. He served in his church in Dundee tirelessly and supported the growth of the Midwest companies for decades with financial and accounting guidance. Bob was an advisor for the Kunos family and arranged for the estate to make a substantial gift to the Stig P. Orum Memorial Foundation in 2009.